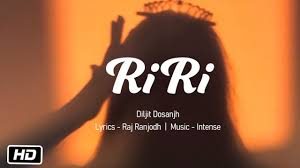 Showing an appreciation for global popstar Rihanna, Diljit Dosanjh released a new song titled ‘RiRi’ in her honour. RiRi has been written by Raj Ranjodh with music by Intense.

The song ‘RiRi’ comes in less than 24 hours after Rihanna lent her support to the ongoing farmers’ protest in India. Diljit has been a vocal supporter of the protests.

In the two-minute-fifteen-second song, Diljit talks about Rihanna’s home country Barbados and how she is an angel who has descended from the heavens. The rest of the song has a lot of cliches about beauty and clothing that are often heard in Punjabi songs.