The nationwide farmer-led ‘Chakka Jam’ began at different parts of nation. Barring Delhi, the blockade is taking place in other parts of the National Capital Region, and the rest of the country. The Delhi Police has strengthened security arrangements at all border points in the national capital. 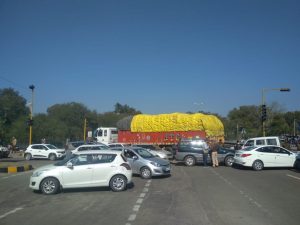 Farmers protesting against the Centre’s new farm laws blocked roads at several places in Punjab and Haryana on the call given by the farmers’ unions for a nationwide ‘chakka jam’ or road blockade on Saturday. Barring Delhi, the blockade is taking place in other parts of the National Capital Region, and the rest of the country.

In view of the nationwide ‘Chakka Jam’, the Delhi Police have strengthened security arrangements at all border points in the national capital. The police have erected multi-layer barricades to stop the movement of vehicles at the Ghazipur border. Barbed wires have also been put up to keep off people on foot. 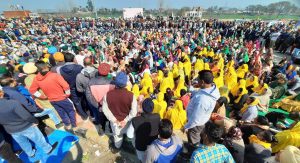 As many as 50 people have been detained near Shaheedi Park in central Delhi for allegedly holding a protest in support of the ‘chakka jam’ call given by the farmers agitating against the farm laws, police said according to media sources. 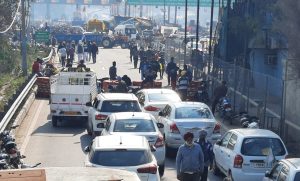 Vehicles began lining up along the Ludhiana-Jalandhar highway near the Sutlej bridge, as protesting farmers blocked their way during the ongoing Chakka Jam.

State Police officers have removed the protesters who were agitating on a highway on the outskirts of Hyderabad as part of the countrywide ‘chakka jaam’ called by farmers. 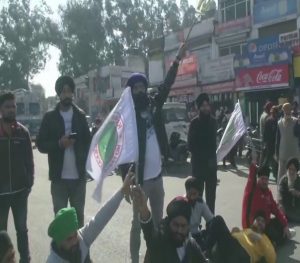 Farmer organisations in Jammu stage protest on Jammu-Pathankot highway as part of the nationwide ‘chakka jaam’ called by farmers today.
“We appeal to the govt to repeal these laws. We support the farmers protesting on the borders of Delhi,” says a protester. 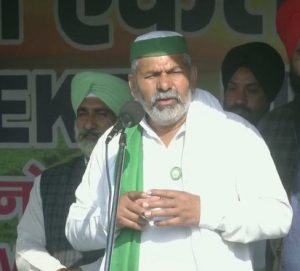 We have given time to the government till 2nd October to repeal the laws. After this, we will do further planning. We won’t hold discussions with the government under pressure: Rakesh Tikait, Bharatiya Kisan Union