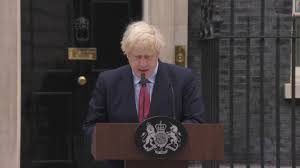 UK Prime Minister Boris Johnson said it was an “extraordinary feat” just over two months after 91-year-old Margaret Keenan became the first person in the world to receive a Covid-19 jab as part of a mass vaccination programme.

It puts the Government firmly on course to meet it target of offering a first dose to everyone in the the UK in its top four priority groups – including all over-70s – by Monday.
PM Johnson has hailed a “significant milestone” as the number of people in the UK receiving a coronavirus vaccine passed 15 million.
In a video message posted on Twitter, Mr Johnson confirmed it had already been passed in England, while on Friday First Minister Mark Drakeford said it had been reached in Wales.
The Prime Minister said: “Today we have reached a significant milestone in the United Kingdom’s national vaccination programme.
“This country has achieved an extraordinary feat – administering a total of 15 million jabs into the arms of some of the most vulnerable people in the country.”
The announcement paves the way for the rollout to be extended to the next five groups – including the over-50s – who are due to be completed by the end of April.

We believe the current leg of profit booking followed by higher base formation, after a sharp run up would make market healthier therefore, investors should not construct the current profit booking as negative; rather utilize the same as an incremental buying opportunity to accumulate quality banking stocks.