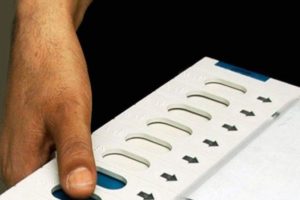 The Election Commission of India announced the poll schedule for the assembly elections that will be held for 126 constituencies in Assam, 140 in Kerala, 234 in Tamil Nadu, 294 in West Bengal and 30 in Puducherry.

Everyone on election duty for the upcoming polls for five assemblies willbe vaccinated against COVID-19 before polling day, the Election Commission said on Friday. Voting will take place for 126 seats in Assam, 234 in Tamil Nadu, 294 in West Bengal, 140 in Kerala and 30 in Puducherry. Nearly 18.68 crore electors will be eligible to vote at 2.7 lakh polling stations for 824 seats in five assembly elections, Chief Election Commissioner Sunil Arora said at a press conference here.

Voting will be allowed for an additional hour, keeping in mind COVID-19 safety guidelines, he said.

*The Assembly polls will be held in Assam in three phases — March 27, April 4 and April 6.
*In Kerala, Tamil Nadu and Puducherry, polling will be held in a single phase on April 6.

*As many as 18.68 crore voters will be eligible to cast their votes at 2.7 lakh polling stations for 824 assembly seats across the four states and one UT.

*All poll officials will be vaccinated before the elections
*EC will appoint two special observers for West Bengal and a third can also be sent if required.

*Voting will be allowed for an additional hour, keeping in mind Covid-19 safety guidelines, CEC Sunil Arora said.
*Door-to-door campaigning will be restricted to five persons, including the candidate. Roadshows are allowed with a maximum of five vehicles.

UAE lifts ban on transit passenger from India, Pakistan and other nations from Aug 5