A van carrying farmer leaders was the first to reach, and will soon be followed by buses from Singhu border. A group of 200 farmers will travel to Jantar Mantar from their Singhu border demonstration site with a police escort and will hold a protest there from 11 am to 5 pm. Upon reaching Jantar Mantar, farmers raised slogans, demanding the government scrap the three laws. 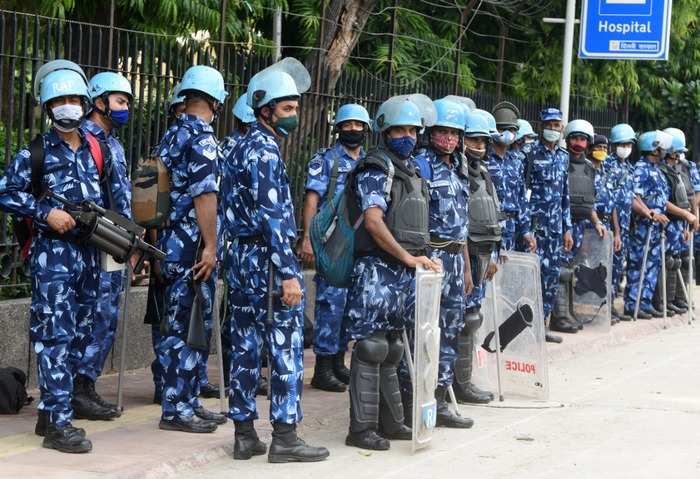 Rapid Actiom Force personnel deployed at Jantar Mantar. Security at Jantar Mantar has been tightened in view of the protest by farmers. A water cannon and metal detector gates have been deployed at the site. Two tankers carrying drinking water have also been stationed there.

Speaking to the media, Rakesh Tikait said, ‘the distance between us and the parliament is constantly reducing, we are just a few hundred metres away now. Two hundred farmers will come here to protest everyday, under this very tree.This will be a historic tree,’ he said referring to the neem tree under which they are protesting.

We have written to all MPs to raise our demands, but Parliament not taking up our issues, says Farmer union leader Hannan Mollah at Jantar Mantar.